Cyber ​​Hunter Game And Its Review-Postdune.com

by admin
in Entertainment
0

Cyber ​​Hunter is a Battle Royale game in a sci-fi environment and has a variety of cool vehicles and weapons that, among other things, shoot laser or plasma. The terrain and courses are also very beautiful with nice and detailed graphics. Now Cyber ​​Hunter is not a new game as it was launched already in 2019 but it is only recently that I found the game by chance when I searched the Google PlayStore for some mobile games to download and play. Sometimes you simply feel like trying something new after playing the same game for several months. I took a chance with this game which in addition to the mobile is also possible to play on a computer. I’m so far positively surprised by this mobile game. One can simply say that Cyber ​​Hunter is a bit of a hybrid between PUBG and Fortnite,

This combination of different details gives a unique, interesting mobile and computer game that is incredibly fun to play once you start to master it fully.

It’s as you may know a new PUBG mobile game underway called PUBG: New State and whose plot takes place in the not too distant future and I get the feeling that that game will remind me a lot of Cyber ​​Hunter.
Read Also: अशोक स्तूप

Immediately after you have installed the game, you get to design the leased game character you initially have access to and then get a short tutorial that describes some basic features that most people who have previously played this type of shooting game already know but then carry it off.
In the game, there are three different types of courses to choose from and these are Team Arena, Battle Royale and Loot Lord.
Now that the Battle Royale genre has begun to feel a bit overcrowded with an incredible amount of games to choose from, Cyber ​​Hunter comes as a breath of fresh air and once again gives us a refreshing feeling and an increased interest in continuing to play Battle Royale games.
I wholeheartedly recommend this game to players who are getting tired of PUBG, Fortnite and Call Of Duty Mobile. Players like me want to take a break from these established games and try something different. 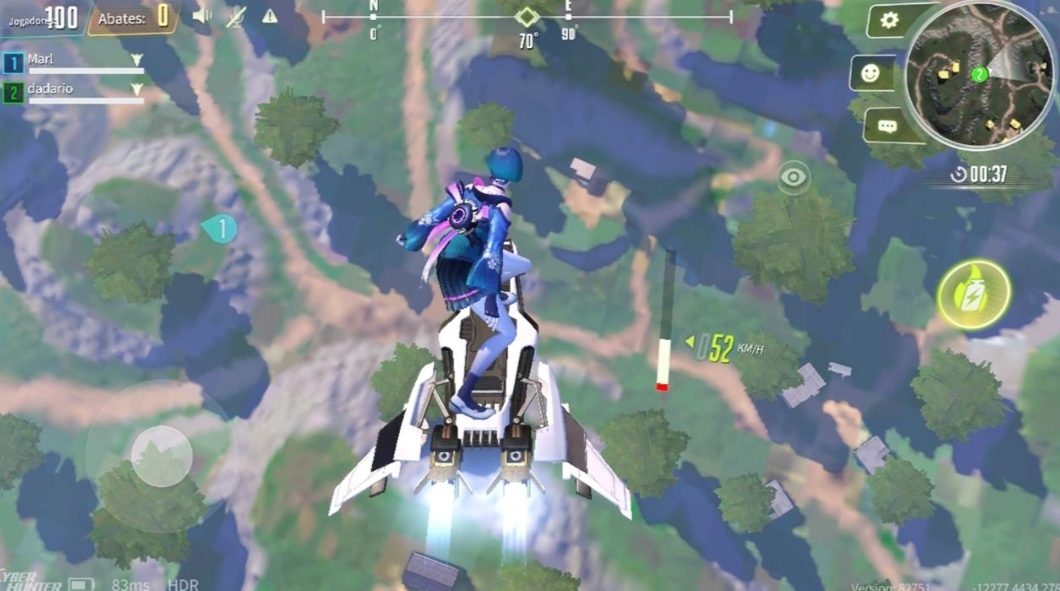 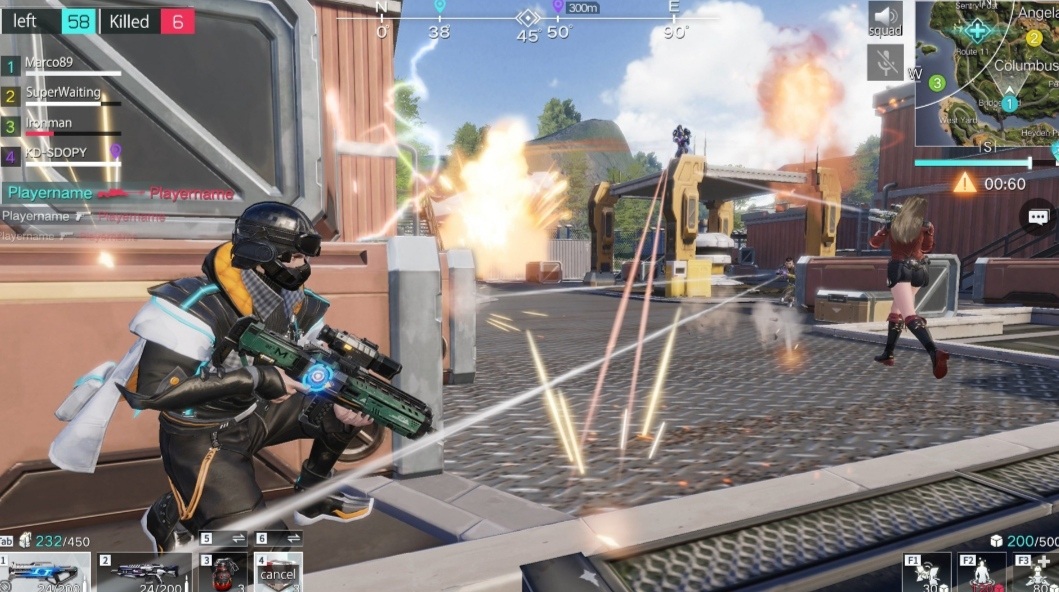 The game is very different and very similar to PUBG at the same time. It has cartoon graphics like Fortnite, and sci-fi elements like the upcoming PUBG: New State and the physics are very different from the one that PUBG has. Here you move both vertically and horizontally, you can, among other things, climb the walls of buildings like Spider-Man. You can also make jumping rolls in different directions in addition to jumping, crouching and running as in all other Battle Royale games.

Read Also: Prepare a leaflet of your village or town

Thus, the experienced PUBG player will need a short learning period to get used to the game’s different mechanics.
There will be some players who, after testing Cyber ​​Hunter, will love it more than PUBG. The graphics (even if it is drawn) are very beautiful, the game system is fantastic, and there are a lot of cool skins and very many different weapons that are scattered around the world. In addition to weapons, protective equipment and a medicine pack, you can find energy cubes with which you can build various aids such as a stationary giant shield that protects your game character temporarily, a Liu tower to stand on and shoot down at opponents on, a bush to hide behind and a motorcycle. This gives a more varied and complex game that enhances the experience of the game and means that the probability of getting tired quickly decreases.
The combat system itself feels incredibly satisfying. The firearms have a certain recoil that you as a player need to control, but the unfamiliar learns very quickly. Cyber ​​Hunter is a game that is appealing to both hardcore gamers and players who are at a lower level.
That this Battle Royale game is not at all as well known as several other games in the same genre is quite strange precisely because it is so good, but there is of course some reason why it is so. Cyber ​​Hunter, like several other games, has not reached your potential at all and that is at least partly because the game did not feel finished at the time of launch. It then also had problems with cheaters who used hacks to gain advantages in the game, which also led to the player number decreasing drastically. Now 2021, Cyber ​​Hunter is much better than at the launch in 2019, so now it is worth spending time playing this mobile game.
Cyber ​​Hunter is an open-world multiplayer online third-person shooter game for PC, iOS and Android mobiles.

I alternate between Cyber ​​Hunter, Disorder and brand new Punishing Gray Raven. For me, mobile games are an excellent complement to console and PC games. 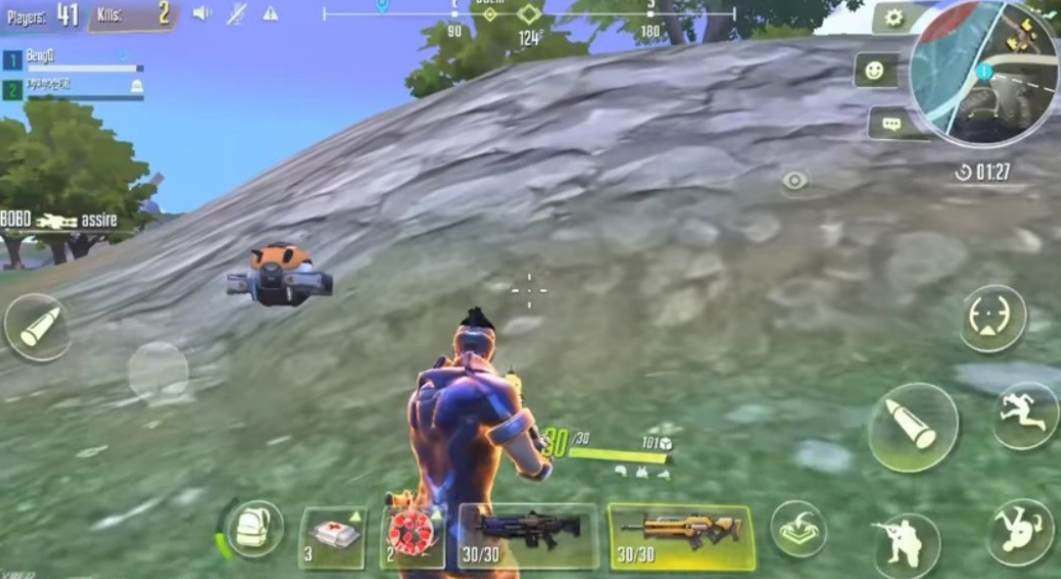 7 Tips To Choose The Right Digital Marketing Agency In Mumbai

5 Most Popular Sports In India

Gold or Crypto: Which one to Invest In

Technology in Today World and Its Impact on Our Daily Life

Role of Fashion in the Modern World

How to Buy Ankle Length Socks Online: The Best Tips and Tricks You’ll Ever Use.

What Fashion Means to the Common Person?

How to Order Custom Display Boxes

What does Manja mean in Italian?

Why Do Businesses Need Custom Made Software to Compete?

Copyright © 2021 by postdune.com. All Rights Reserved.